If you do not have good relationship and partner with whom you could share all yours sorrows and joys, you may often feel lonely. And there comes February, Because of day of love. St. Valentine's Day is really hard reminder if live as a single.  During Januarys shop window change mood from happiness and snow to red hearts and kisses. All those thing just suggests that there are no Single people around. I think that all singles are incredibly pissed off during The Feast of Love!
The general public perceives that day St. Valentine's Day becomes as American or English mannerisms, that does not belong to our country. But legend states it does not come from Anglo-Saxon countries, but from ancient Rome. Claudius II, the highest ranking man of the Italian capital, forbidding his troops to engagements and weddings. He was afraid, that his fighters would want to stay at home with their families and then no one should not go into combat. Valentine secretly indulged young couples despite the emperor’s ban. He was arrested and executed on February 14. This day has become a celebration of martyrdom and became over the centuries also a day for lovers. There is no reason to see this day in any way negatively. Despite all the possible unsuccessful attempts at dating ...
If you are single person who is willing to find a man or woman of your dreams, try to visit some of the sites, online dating services. A lot of single people have found a partner with support of this page www.evropska-seznamka.cz/seznameni-s-muzem-snu-seznamky-na-internetu.html site. You can be among the other happy couples which are experiencing happy moments, because of the Internet.
08. 04. 2020
Back 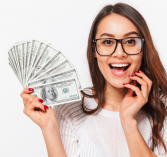 Single Czech women and Slovak women are waiting for you.

12677 men in the catalogue.
Thousands of Czech women and Slovak women from Eastern Europe will see your profile. You can receive a messasge or an e-mail from one of these women today.

Woman of the Week

Hello team,I think it is of great advantage to get acquainted with women from other East European countries (Czech and Slovak Republics), and not only from Russia. The geographical nearness is advantageous, especially when you are very busy in your job, as me. This advantage should not be depreciated. I have got acquainted with Kveta from Bratislava and we would like to live together. Thanks for this chance. Reinhard, München

Do you have any questions?